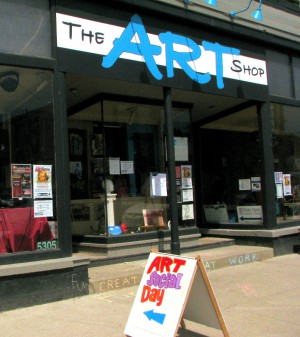 Art Social Day was spearheaded by local mural artist, Francis Martin, who  initially rented the building as a studio in which he could paint a mural.  The input of the local art community prompted Francis to keep the space going as an art hub for the area.

The Art Shop is a Gallery space, as well as a venue for art classes, and a host for community participation like Art Social Day and I suspect a whole lot more. 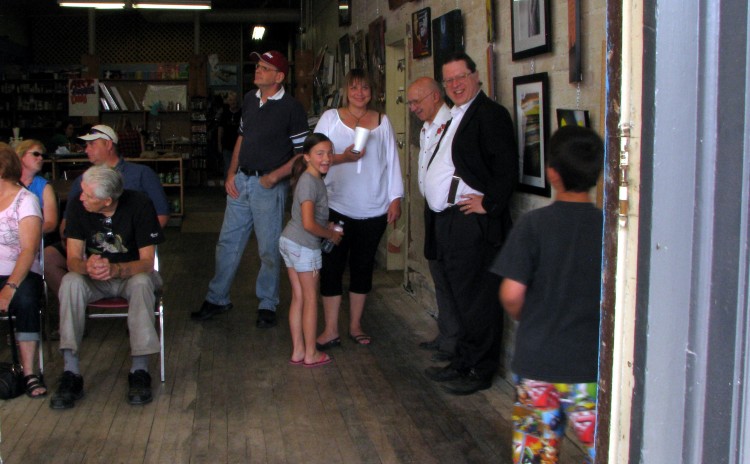 Lynn’s daughter, Liana Russwurm, a fine artist living and working in nearby Alvinston, has had a space in The Art Shop for the past year. She turned the day into a family affair by inviting Lynn and her brother Lance to participate. 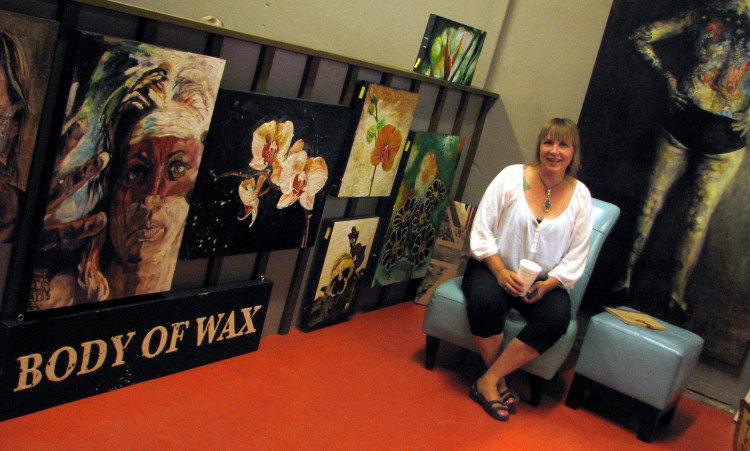 This is Liana’s studio space at The Art Shop. 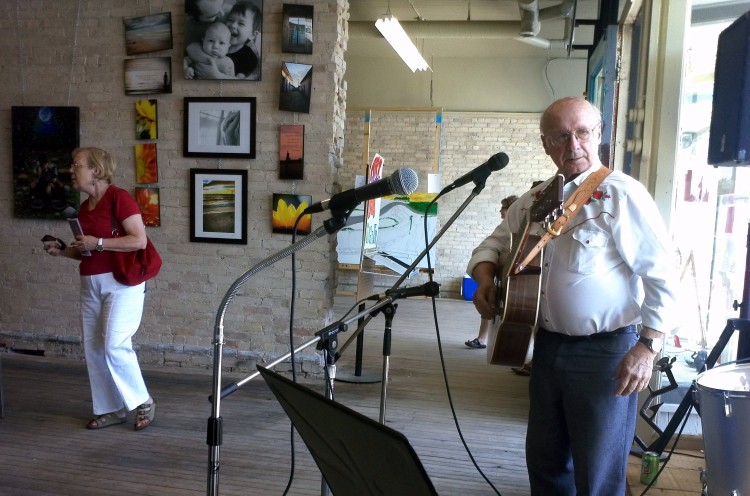 Art Social Day was a resounding success, so I have no doubt there will be another next year. When I get Time I will be uploading some video to YouTube. 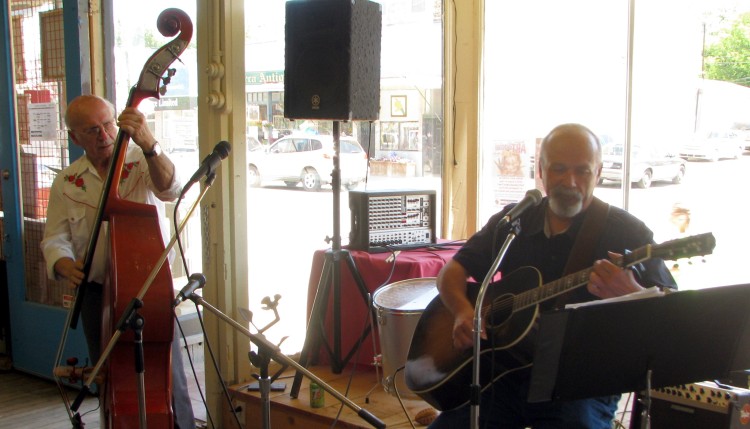 Back in Elmira tonight (Sunday June 29th, 2014) the Muir Family is scheduled to perform at Lynn’s Sunday Concert series in Gore Park (note: weather permitting — if the thunderstorm in the weather forecast makes an appearance I expect it will be cancelled. UPDATE: The Thurnderstorm was just finishing up by 7pm. so the Muir Family went on as sceduled, only starting a few minures late. A good time was had by all 🙂)

[Note: Bell Canada has messed up Lynn’s telephone line again; hopefully it will be put right this week.]