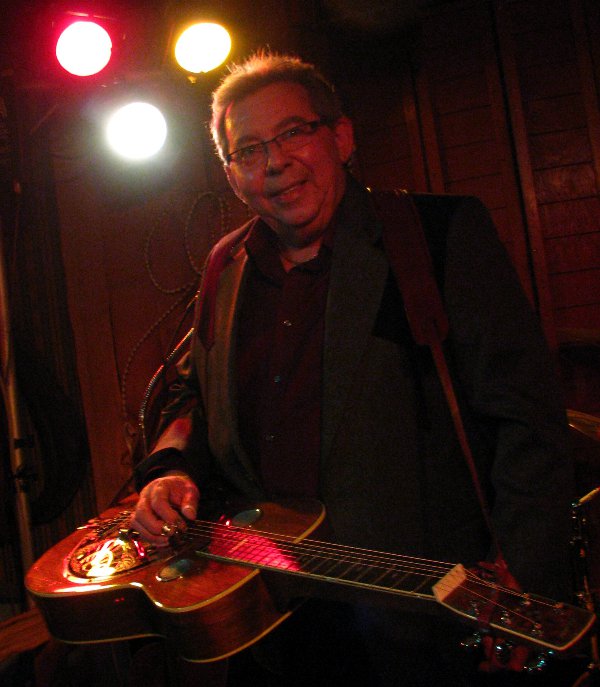 Bob Tremblay on Dobro, at the Commercial Tavern

The brain child of Canadian dobro great, Bob Tremblay, The Two Plus Who is a duo consisting of two versatile musicians, Bob himself, along with his good friend Lynn Russwurm. They make up the musical core “Two” who work with a revolving roster of different artists ~ or “whos” ~ performing live music in Southern Ontario.

For a short program in a small venue there might be a single “who,” like their performance in a seniors home when Lynn’s son Lance Russwurm was featured in my YouTube videos.
(Find them by clicking Two+Who in the menu at the top of the page.)

If it’s a full scale feature act, The Two Plus Who roster can be filled out with three or more guest “whos” ~ as many artists as are needed to fill the bill. 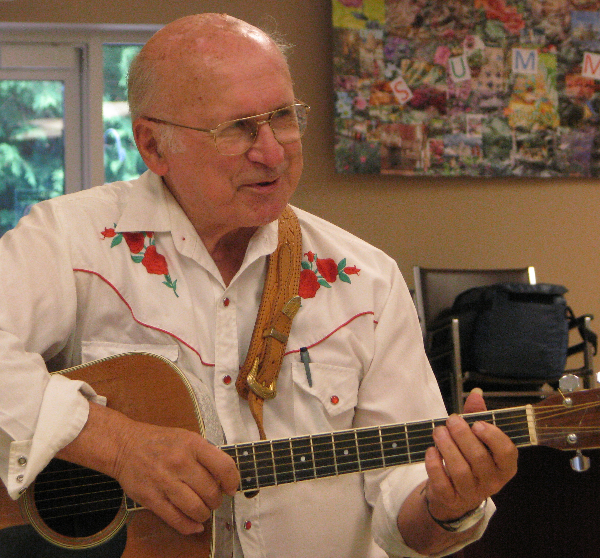 In addition to the scheduled “whos,” sometimes a visiting musician in the audience will come up on stage to sing or play a song or two.

For these two veteran musicians, the main thing about The Two Plus Who is performing the music they love. This can range from Country through Western Swing to Bluegrass or Rockabilly, depending on the inclinations of their guest performers.

Bob and Lynn were just interviewed for a feature story which will probably appear in this week’s “Woolwich Observer“. When it comes out, I’ll add the link to the sidebar.

As well as their regular monthly gig at the Top End in Neustadt, the boys are planning to put on a series of fall concerts in Elmira.  Watch this space for details.