Lloyd Bank has been a part of the Ontario Country Music scene for a lot of years.

Lloyd was awarded a Barn Dance Pioneer Award in recognition of his body of work on April 29th, 2000. He played steel guitar on the CKNX Barn Dance long before I was born. He was a long time friend of my Dad’s, and they played together in the Jamboree Reunion Band. Lloyd also helped launch the Barn Dance Historical Society and Museum in the 1990’s. What I remember most is that he always had a twinkle in his eye and a story to tell.

Lloyd will be missed. 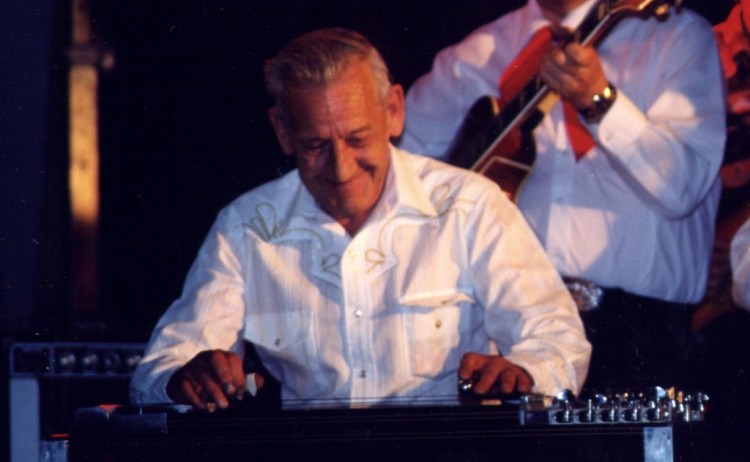 This is how I remember Lloyd Bank, playing his steel guitar with a big grin on his face. 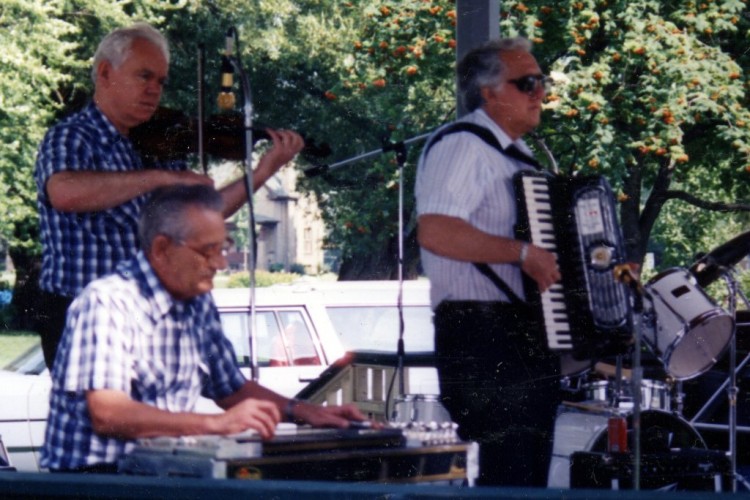 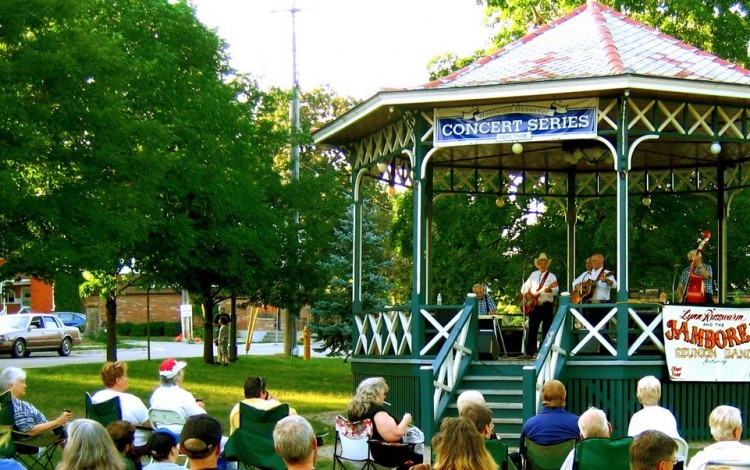 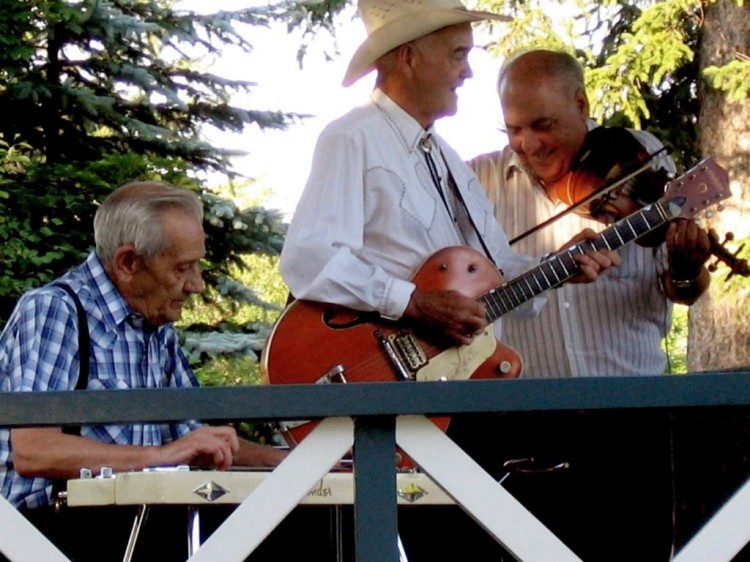 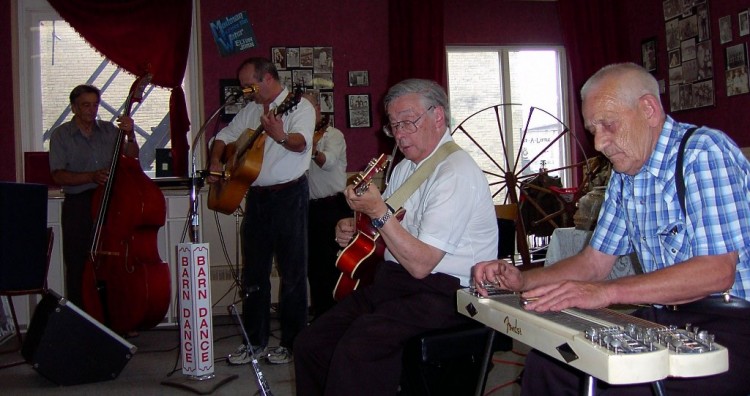 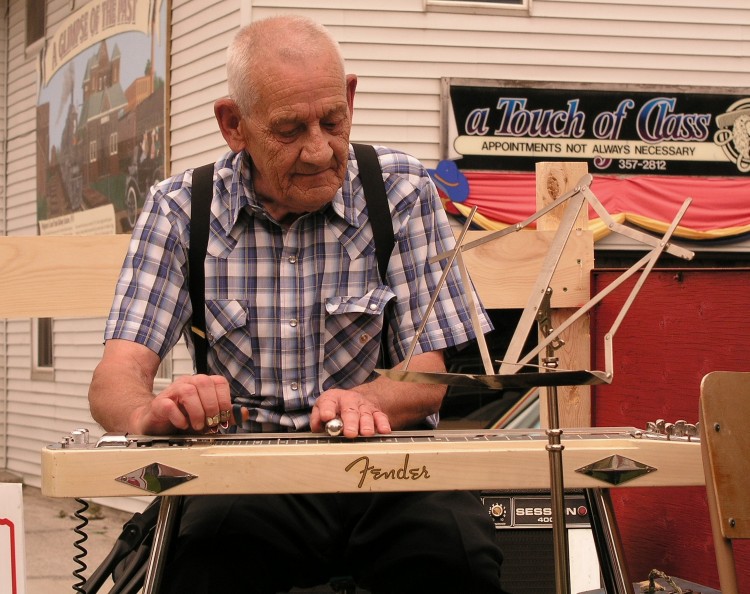 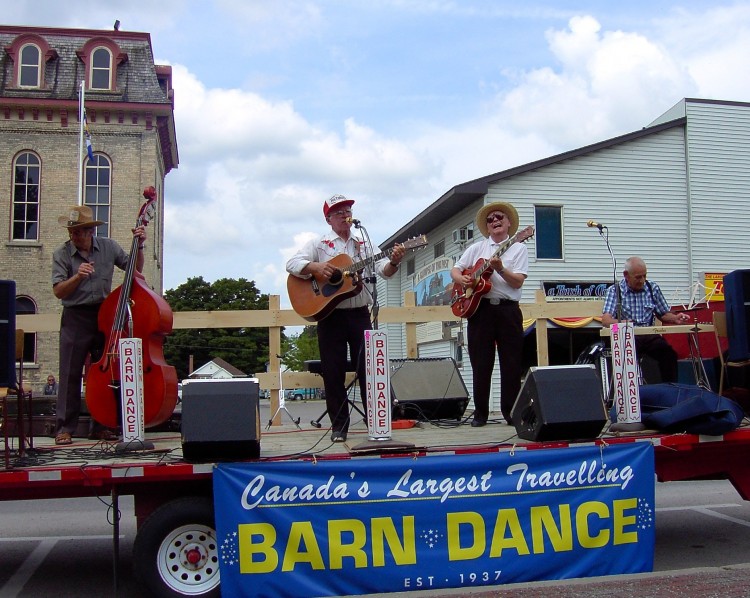 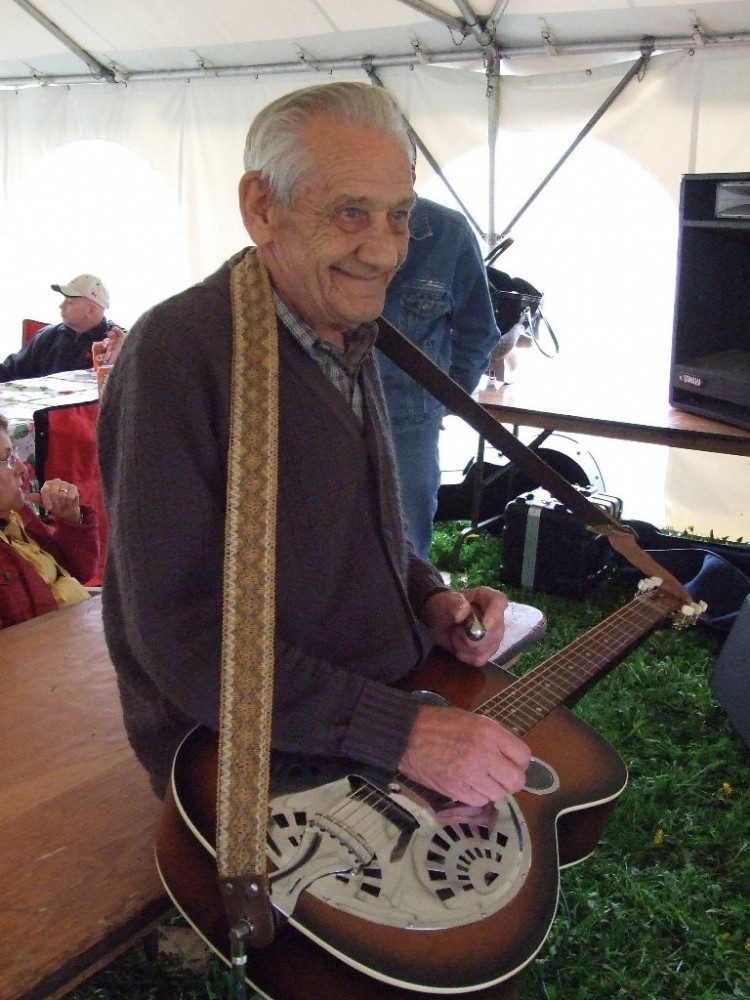